The Story of Chewie 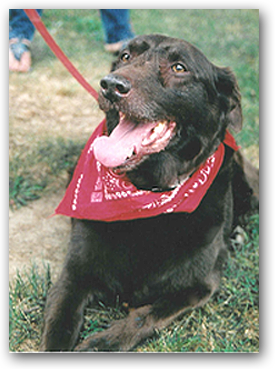 Chewie is named for a real dog who was the beloved pet of mystery fan Fran Severn. How his name got into The Trouble with Tulip is an interesting story. What I learned in the process is that sometimes in life we seek to bless and get blessed instead. Such is the case when I decided to make a rather unusual donation to a charity auction. Little did I know, I would be getting much, much more than I was giving.

It all began simply enough. As an attending author at the Malice Domestic Mystery Convention, I was asked to make a donation to their annual auction. (Auctions are a big part of many mystery conventions, as the proceeds go to local literacy groups, and the items being auctioned are often quite unusual.) In past years, I had donated books, gift baskets, etc., but at this particular auction I decided to give something a little less tangible. I was just starting to write The Trouble with Tulip, and I was trying to create a pet for my main character. Fortuitously, I decided to donate "the right to choose the type of pet and its name" for my new series.

Fran Severn attended the convention and the auction. When she saw this particular opportunity, she realized that it provided the perfect way to memorialize one of her pets who had passed away from kidney failure several years ago. While Fran was reading the description of my Tulip series about a totally-together household-hints maven, Fran thought that her mischievous lab Chewie would make the perfect compliment to the character of Jo Tulip. True to his name, Chewie had been a pathological chewer, consuming such items as a TV remote control, sofa cushions, and cream cheese packets!

It seems many other people also the liked the idea of winning the opportunity to name Jo Tulip's pet, and my item ended up in a bidding war, proving to be the highest-selling item of the evening. But Fran prevailed in the end. After the auction, she was given my contact information so she could tell me the type of pet and its name. 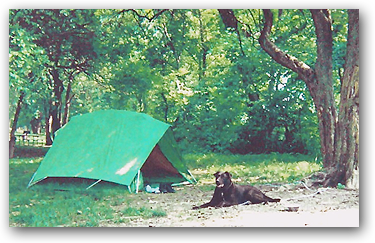 Instead of merely providing a name and animal type, she sat down and wrote me a long, vivid email, describing in hysterically funny detail the antics and personality of Chewie the dog. After her first email, I knew I wasn't just going to use the name of this dog; I wanted his personality too! Fran and I exchanged a number of emails, and in the end—thanks to her help—I had such a clear picture of who Chewie was that I knew it would be easy to bring him to life on the page. When she emailed me his photo, it was like looking at an old friend.

I hope that you, too, have fallen in love with Chewie. For the record, his actual, entire name was "Chewbaccayoudamndog." In the Tulip series, I have called him by his nickname "Chewie." My hope is that I've somehow done justice to him on the page. He was a one-of-a-kind pet, and I, for one, am grateful to have "met" him.